Rather than succumbing to the rigors of unemployment, Joel Runyon chose to turn his new status into a mission. Tired of practical and predictable, he began challenging himself to do the impossible, adding a whole new meaning to the adage, “we only live once.”

His framework is dubbed the Impossible List, where anything from running a duathlon and owning less than 300 things to putting $100,000 in the bank and then giving the same amount away are among his many goals.

Posting ingenious blog posts that exude nothing short of an infectious spirit, Joel is quickly carving through his objectives.  He built a school in Guatemala, published an abs workout program, climbed a volcano and has walked with wolves.  It is clear many have already hitched their wagon to his trailer, as several million visitors stopped by his site in 2013, allowing Joel to make a living solely by working online.

What’s remarkable is while Joel shares a wealth of guidance through his posts and resources, he simultaneously holds his followers accountable.  Statements like, “your why behind your what is critical,” subconsciously persuade readers to analyze their focus to gain clarity and find purpose in their lives.

With insights like these paired with his incredible accomplishments, Joel is pretty much on his way to proving that anything really is possible.

1. Hey Joel, can you tell us a bit about yourself? What ultimately led you to make a lifestyle change? What was your first step?

Well, I graduated from college and flopped miserably. I couldn’t get a job for 9 months. I finally got one at UPS and was let go the day after Christmas because it was “seasonal” work and they didn’t need me after the Christmas rush. 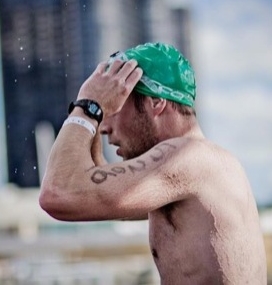 After sitting on my butt for a few months & feeling sorry for myself (I couldn’t get a job at Starbucks at that point), I started my adventures & the site because I was so frustrated with everything else I tried. Everything else seemed to require “qualifications” that I didn’t have & people telling me “no” and it seemed like everything was a dead end . I decided to start focusing on stuff that didn’t require qualifications or gatekeepers to tell me no and just focused on doing  stuff that I wanted to do.

The first step was simply deciding to run an indoor triathlon, start training and write about it on the blog. Everything sort of just flowed from there.

2. How did you come to realize that your personal challenges really resonate with people?

They didn’t at first. It took about a year into writing until people started paying attention. Once they did, even then, it wasn’t that many people. It wasn’t until I started related what I learned from my lessons that people started to hang around a bit more.

Personal challenges can intrigue & inspire people initially, but it’s helping people & solving problems over the long term that get them to stay around.

3. Have you always been adventurous?  When you were younger, did you ever imagine you could have a ‘career’ like this?

Growing up, I never had an idea for what I wanted to do for a “career.” I thought about being a lawyer for some time (I liked to argue), and then a personal trainer (because I wouldn’t have to wear a suit). But nothing really stuck – they all sounded boring to me. I sort of created my life because there wasn’t anything out there that I wanted to do.

As for adventure, I used to be scared quite a bit. So much so that the first time I jumped out of a plane, I had to invite 41 other people to come with me so I wouldn’t back out. It’s sort of something that you do once and build on and comes back to this idea of pushing your limits of what you’re comfortable with.

4. Can you explain how your Impossible List is different than a Bucket List?  What are the criteria for something to land a coveted spot on the Impossible List?

My impossible list is what started the blog. It’s a list of all things things I told myself were impossible & was scared to even try. I eventually decided that trying & failing miserably would be a much, much better outcome than never trying at all.

5. Is there anything that you will NEVER do?  Any big fears or doubts?

I try not to set unnecessary limits on myself. I think it’s a little premature to say there’s something I’d never do.

6. You told a tale of a nerve-wracking yet successful public speaking experience at Target.  Have you since increased your public speaking skills and if so, where might we find you next?

I’ve done more, but it hasn’t been a huge focus. I’ve spoken at colleges, fortune 500 companies, high schools and non-profits. If you want to talk about me coming to speak to your group, check out this, you can let me know here.

7. Last year your health was on the line and you made a tough business decision.  What happened and what was the final straw that pushed you to make a change?  How do you feel now?

It wasn’t on the line (I didn’t have any emergencies or anything), but my health definitely took a back seat to my work and I didn’t like that.

I finally took a break and realized I didn’t want to spend 100% of my time building my clients businesses. Because of that, I let go of about $100k annual revenue worth of clients and decided to put the time back into my own personal businesses and focus on my priorities (including my health).

8. What motivates you to keep going when times are difficult? In other words, why do you do what you do?

I just keep going. I think people place way too much emphasis on motivation and not enough on discipline & perseverance. I love this video from Elon Musk. Just keep going.

9. If you had unlimited funding tomorrow, what would you do differently in regards to your current business? 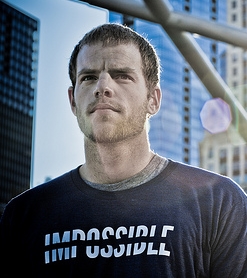 I would work on scaling my team. Building processes & a team has been one of the biggest things I’ve been able to do that’s helped me grow my businesses. A lot of entrepreneurs get into this mindset that they’re the only ones that can do certain things & if they don’t do it, nobody will.

There are a ton of tasks that my team is better than me at & letting them take care of those while I focus on what I’m best at has been one of my best decisions.

10. A lot of resources and helpful insights for starting a blog are meticulously arranged and available on Impossible HQ.  What led you to be so forthcoming with these tips?

I assuming you’re referring to this guide on how to start a blog. Essentially, I got a ton of individual questions about the topic from readers. I already had an outline that I made for several of my clients at my marketing agency, so I decided to flesh it out a bit more and put it on my site. In addition to being clear & concise, it also saved me from having to write the same email 100 times :).

11. Looks like another layer of Impossible HQ is coming soon.  Can you offer up a glimpse into Impossible Island?

There are a lot of specific topics that people want me to address so I’m going to try to attack those as well as I can with my expertise. There’s also going to be one big adventure that I’m launching this year that should be pretty exciting.

Impossible Island: you’re going to have to hang around to find out.

12. And finally, what is your message to someone who's about to embark on his dream?

Just go out and do it. Start with something. Even if seems stupid. I started by running an indoor triathlon. If I can do it, you can do it.

Joel Runyon is a blogger, online entrepreneur and world traveller set on doing impossible things. Lauding against the grain practices such as cold showers and blackmail, Joel Runyon’s IMPOSSIBLE site is sure to breathe new life into your routine.  With out of the box philosophies that stimulate and motivate, Joel encourages his followers to push boundaries and achieve the impossible. You can also visit him on Twitter at @joelrunyon