The crowd was clapping as I walked onto the stage following a few other improv theater performers.

A whirlwind of emotions swirled within me. I was nervous, excited, fearful, and grateful all at once. It was quite impossible to pin down any one emotion.

This was my first ever appearance on stage. I had practiced for more than 3 months in preparation for this day, and it was finally here.

As I stepped to the front of the stage, I felt the bright yellow light of lamps around me. The crowd fell completely silent, and I opened my mouth to speak.

Then, something that I never expected happened. In that moment, every ounce of fear vanished, and I entered a state of FLOW.

Forty minutes later, I jogged off stage, heart beating wildly and a big grin stretching from ear to ear.

This was one of the most powerful experiences I have ever had.

What Is Improv, Anyway?

Many people confuse improv with stand-up comedy; however, the two are nothing alike. 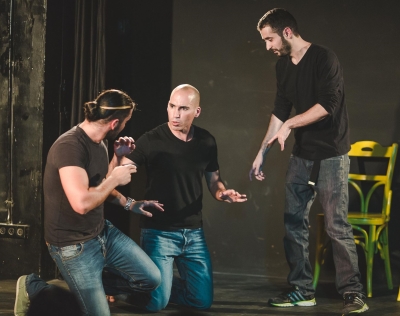 While stand-up might have elements of improvisation, improv is performed without any preparation or script—it is made up completely on the spot.

Sounds simple, right? After all, we all go through life without a pre-written script, responding to what comes our way, improvising as we go along.

But being on stage and improvising in front of a crowd is a whole different story.

Improv exposes you more than other performances. You can’t rely on a rehearsed script or hold a response ready. You have to be creative in every single moment.

This is what makes it so real and powerful.

Improv, in many ways, simulates life. Here are some of the life lessons I've acquired through improv:

1. Don't Be Fearless. Be Courageous.

Numerous surveys reveal that the number one fear among adults is public speaking.

Yet, one of our deepest longings as human beings is to be seen and heard.

But, you see, that's exactly why speaking in the public domain is so fear-inducing. When you speak and act in front of an audience, especially in front of strangers, you are making yourself visible. You are putting yourself on display to be judged. You are vulnerable to others.

The solution? Don’t minimize or resist your fear. Fearing fear causes us to suppress it, to push too hard, and, eventually, to get unbalanced and sick.

Instead, embrace fear with love.

Remember, what you resist persists, what you push against gets stronger, and what you embrace with love dissolves.

Fearing our fear is a total waste of time. Fear is not a disease. It is a primary emotion—a very human emotion.

Each time you find yourself in fear, there is a healing opportunity. Engaging your fear is a powerful and transformative force—an opportunity to grow.

The way to do this is to meet fear with the love necessary to transform it, express gratitude for the growth opportunity, and take action in spite of it.

That's what courage is.

In fact, when you think about . . . courage cannot exist without fear. As Franklin D. Roosevelt once said, courage is not the absence of fear, but rather, the assessment that something else is more important.

Be courageous. Don’t be fearless.

In improv, you have to pay close attention and truly listen to what's being said so that you can respond appropriately. 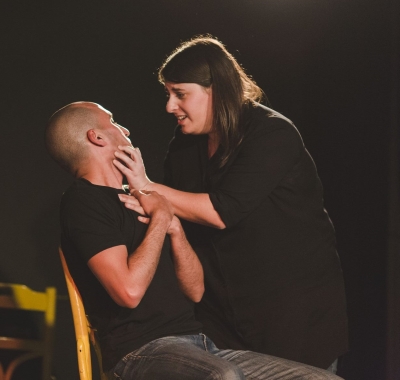 If you don’t listen, you will not only miss an opportunity to build the scene, but you’ll more than likely lose your teammates’ trust. And trust is everything—both in improv and in life. (More on that later.)

Hearing is a passive physical process that requires no effort. Listening, on the other hand, requires active participation and focus. It involves both your brain and heart, not only your ears.

As an improviser, you must consider the meaning of what is being said (and what is not being said) and use your intuition to recognize patterns that can facilitate direction.

All improv scenes follow an underlying pattern, and life is no different.

When you truly listen in your day-to-day life, at some point you’ll recognize subtle clues and patterns. It may be in your relationships, in your health, or in your financial situation.

And when you understand the patterns in life and in improv, you'll be able to adjust and play just like a pro.

In my early improv classes, I found myself saying “no” more than “yes,” rejecting suggestions from other actors, believing that the drama caused by my rejection would make the scene more interesting.

After all, it's drama that sells in the media, right?

It's quite easy to find ways to disagree and bring conflict to light; the ways to argue are literally unlimited.
But here’s the thing: conflicts delay progress both in an improv scene and in life.

By responding positively instead, by saying “Yes, AND . . . ” then supplying additional information, you generate real opportunity for a scene development.

Your improv partner can add his or her input, and step by step, moment by moment, the two of you will have built a scene together.

This is a true lesson for life. More often than not, when we continually decline offers, we may run the risk of missing great opportunities.

Say “Yes” more than “No,” and you’ll be surprised where the path of opportunity leads you.

4. Don’t Be Clever. Be Vulnerable.

When I stepped into my first improv acting classes, I very quickly realized that one of the biggest mistakes I could make was trying to be clever. 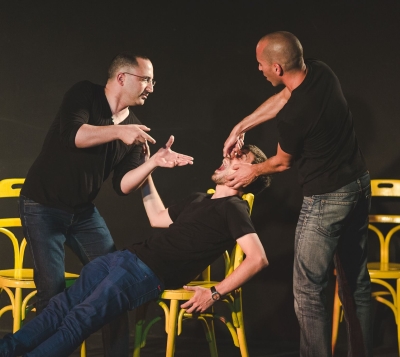 Going for the quick joke often led to confusion and misunderstanding between me and my improv partner.

Sometimes, the funniest stuff in life is the truth. My best and most amusing scenes were the ones in which I was most open, honest, and vulnerable:

When I took the time and did not fill the air with empty words;
When I expressed fear instead of acting like it didn’t exist;
When I trusted rather than tried to control;
When I was vulnerable and REAL.

Improv reminded me that the most rewarding moments in life rarely happen when we pretend to be something or someone, but rather when we communicate authentically and expose our vulnerabilities.

5. Trust—Others, Yourself and the Unknown.

Theatre director Keith Johnstone once said that improv theater was like steering a car by looking through the rearview mirror. You don't know where you're going; you can only see where you've been ...

Not knowing where you’re heading means one thing: you must trust, believe, and let go of control.

Trust is the foundation of improv. You have to trust your improv partners, trust the unknown, and, primarily, trust yourself.

When you don’t, what you’re basically communicating is: “I deny my deep wisdom, my inner intuition to guide me,” which, in turn, weakens others’ trust in you.

The greater your trust, the more flow you will experience. Likewise, the deeper your mistrust, the greater the friction.

This is true for both improv and life.

6. The Truth Is Always in the Moment

Whatever the present moment contains, accept it as if you had chosen it. Always work with it, not against it. ~Eckhart Tolle

I’ve always been quite a good planner. Since my days as a young chess player and, later, as a coach, I have loved envisioning what life could be and then going manifest it. 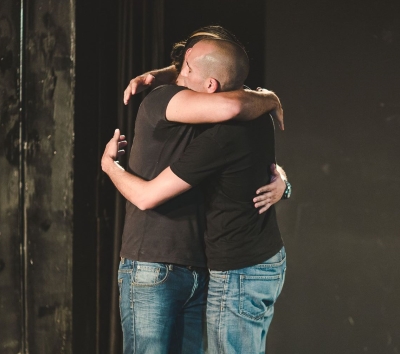 But here’s the thing: when you’re attached to your plan exactly as you planned it, you are not paying attention to what is going on in the moment.

This is especially true in improv. You can plan ahead and commit to the direction you want the scene to go, only to miss what is going on in the moment.

That moment, that one brief encounter, that one unexpected sentence can possibly change the course of the rest of your scene.

The moment IS the scene—in improv theater and in life.

Life is about constantly making discoveries and gaining insights. As John Lennon wrote, “Life is what happens when you're making other plans.”

We can plan until tomorrow and get attached to some glorified plan, but if we don’t pay careful attention to the moment we’re in, we might veer off-track spiritually — with our health, our relationships, or any other area of our lives.

When this happens, we’re living in our minds at the expense of the present’s wisdom.

The truth is always in the moment. It’s time to stop thinking so much and start noticing.

Improv is like life itself: here and now. Live too much in our minds and POOF! It's gone.

As one of my spiritual teachers once said, for as long as our feet are on this stage called earth, we are acting. We can live our lives as one who blindly follows someone else's orders, or we can be the screenwriter, the director, and the star of our lives.

The choice is ours—each and every moment.