What is "The 7 Habits of Highly Effective People" About?

The 7 Habits of Highly Effective People is a business and self-help book. The author presents an approach to being effective in attaining goals by aligning oneself to what he calls "true north" principles. He presents his teachings in a series of habits, manifesting as a progression from dependence through independence on to interdependence. (The 7 Habits of Highly Effective People Summary). 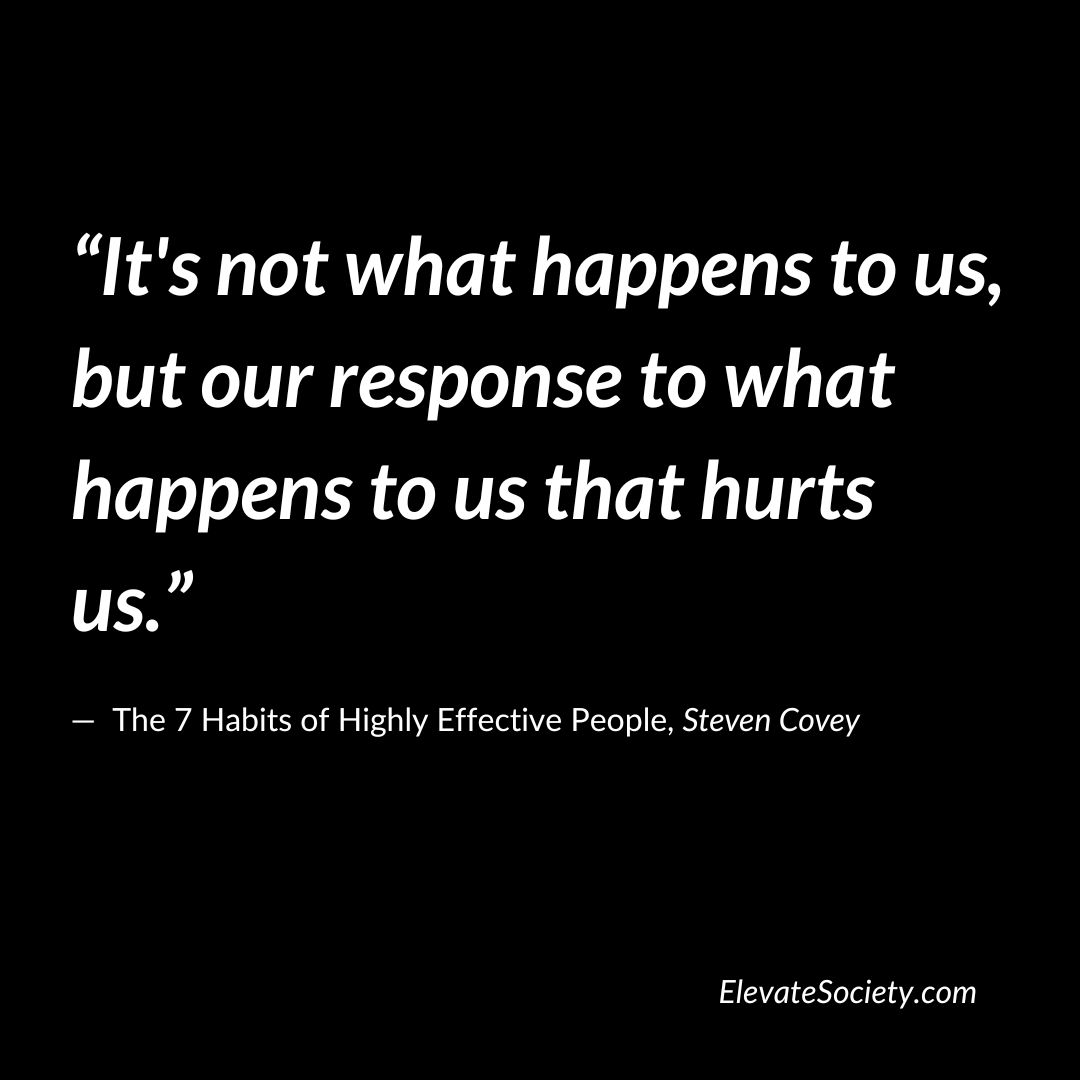 5. “If I really want to improve my situation, I can work on the one thing over which I have control - myself.”

9. “It is one thing to make a mistake, and quite another thing not to admit it."

10. “When the trust account is high, communication is easy, instant, and effective.”

12. “Two people can see the same thing, disagree, and yet both be right. "

13. “Love is a verb. Love – the feeling – is the fruit of love the verb or our loving actions. So love her. Sacrifice. Listen to her. Empathize. Appreciate. Affirm her.”

14. “Sow a thought, reap an action; sow an action, reap a habit; sow a habit, reap a character; sow a character, reap a destiny.”

15. “Our behavior is a function of our decisions, not our conditions.”

16. “The ability to subordinate an impulse to a value is the essence of the proactive person.”

17. “Admission of ignorance is often the first step in our education.”

18. “Courage isn't absenct of fear, it is the awareness that something else is important”

19. “How you treat the one reveals how you regard the many, because everyone is ultimately a one.”

20. “As you care less about what people think of you, you will care more about what others think of themselves.”

22. “People can't live with change if there's not a changeless core inside them.”

23. “When air is charged with emotions, an attempt to teach is often perceived as a form of judgment and rejection.”

26. “There's no better way to inform and expand you mind on a regular basis than to get into the habit of reading good literature.”

27. “Make small commitments and keep them. Be a light, not a judge. Be a model, not a critic. Be part of the solution, not part of the problem.”

28. “The core of any family is what is changeless, what is going to be there──shared vision and values.”

29. “Proactive people focus their efforts in the Circle of Influence. They work on the things they can do something about. "

32. “Each of us guard a gate of change that can only be opened from the inside.”

33. “leadership is communicating others’ worth and potential so clearly that they are inspired to see it in themselves.”

34. “Be patient with yourself. Self-growth is tender; it’s holy ground."

36. “Interdependence is a choice only independent people can make”

38. “Principles are the territory. Values are maps."

39. “Inside-Out" means to start first with self; even more fundamentally, to start with the most inside part of self -- with your paradigms, your character, and your motives”

40. “The key is not to prioritize what’s on your schedule, but to schedule your priorities.”

42. “If you don't let a teacher know what level you are - by asking a question, or revealing your ignorance - you will not learn or grow”

44. “When other people disagree with us, we immediately think something is wrong with them. But, as the demonstration shows, sincere, clearheaded people see things differently, each looking through the unique lens of experience.”

45. “If you carefully consider what you wanted to be said of you in the funeral experience, you will find your definition of success.”

47. “There is no effectiveness without discipline, and there is no discipline without character.”

48. “Anytime we think the problem is “out there,” that thought is the problem. We empower what’s out there to control us.”

49. “Look at the weaknesses of others with compassion, not accusation. It’s not what they’re not doing or should be doing that’s the issue. The issue is your own chosen response to the situation"

50. “Interdependence is a far more mature, more advanced concept. If I am physically interdependent, I am self-reliant and capable, but I also realize that you and I working together can accomplish far more than, even at my best, I could accomplish alone.

51. “For every thousand hacking at the leaves of evil, there is one striking at the root.”

52. “If my sense of security lies in my reputation or in the things I have, my life will be in a constant state of threat and jeopardy that these possessions may be lost or stolen or devalued.”

53. “It is character that communicates most eloquently."

54. “That which we obtain too easily, we esteem too lightly. It is dearness only which gives everything its value. Heaven knows how to put a proper price on its goods.”

55. “You can’t be successful with other people if you haven’t paid the price of success with yourself.”

56. “A serious problem with reactive language is that it becomes a self-fulfilling prophecy. People become reinforced in the paradigm that they are determined, and they produce evidence to support the belief"

57. "The more people are into quick fix and focus on the acute problems and pain, the more that very approach contributes to the underlying chronic condition. The way we see the problem is the problem.”

― Quotes from the book The 7 Habits of Highly Effective People by Gary Stephen R. Covey

Who is the Author of The 7 Habits of Highly Effective People?

Stephen Richards Covey was an American educator, author, businessman, and keynote speaker. Time magazine named him one of the 25 most influential people. He was a professor at the Jon M. Huntsman School of Business at Utah State University at the time of his death.