This is a summary review of Daring Greatly containing key details about the book.

What is Daring Greatly About?

Daring Greatly dispels the cultural myth that vulnerability is weakness and argues that it is our most accurate measure of courage. Being able to push on new things head-on takes a lot of courage that gives a powerful new vision for letting ourselves be seen. Being vulnerable comes with difficult emotions like fear, grief, and disappointment but at the same time gives birth to love, belonging, joy, empathy, innovation, and creativity.

Who is the Author of Daring Greatly? 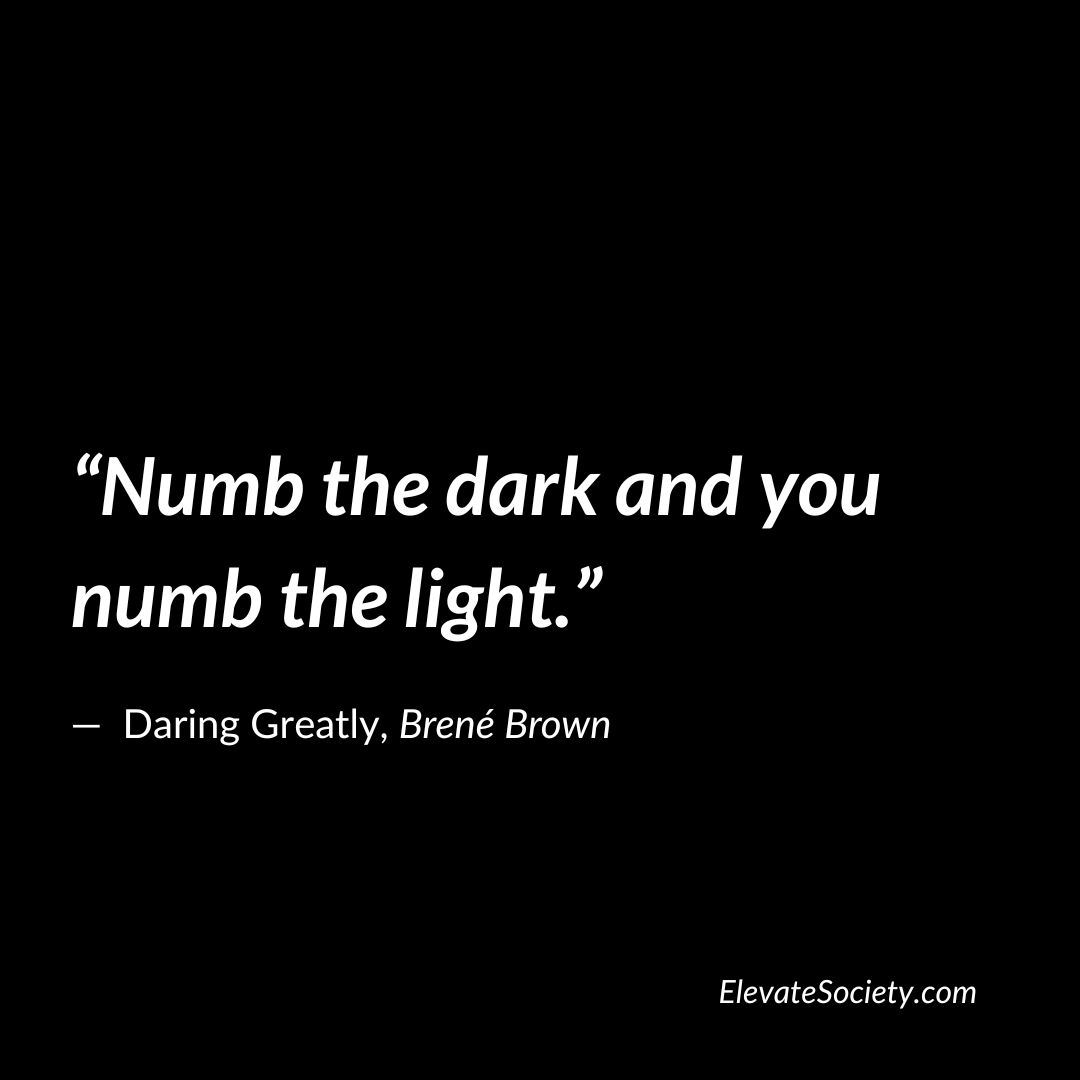 [Favorite Quote]: “Numb the dark and you numb the light.”

What are key takeaways from Daring Greatly?

Takeaway #1 Understanding Why We Feel Shame

Shame is triggered by our perception of what other people think of us, we're social beings and need love, connection, and a sense of belonging to function well, indeed going back into our history it was the only way for us (humans) to survive. So when we're scolded, criticized, or rejected in some way, whether at home, school, or work, we feel that we're not worthy of the love, connection, and belonging that we seek, and we feel shame.

Takeaway #2 How Feeling Shame Can Harm Us

The more often a person is made to feel shameful, the more they will stop trying, disconnecting from others so as to avoid the negative feeling until eventually, they feel entirely worthless. It's a big problem in society today due to social media and the pressures of 'keeping up with the Jones', but we also judge ourselves too harshly. We think that being more and having more will fix the feelings but they just send us into a spiral, never fixing the root of the problem. Social media isn't the only thing to blame either as schools and offices breed shame. Think back to a time when you were ridiculed for something you did or said. Now think about your home life, were you as a child given all the encouragement you needed, did you know that you were loved unconditionally? Do your own kids know it, are they raised in a healthy household where they can truly be themselves and never made to feel small or put down for their thoughts, feelings or ideas?

Most people think that being vulnerable is a weakness rather than a positive, they associate it with being a failure, a disappointment, of being used by others and that success and strength are more desirable traits. But step away from that misconceived notion and turn it around realizing that vulnerability is about having the capacity to experience emotions both good and bad and that it takes strength to be vulnerable. By being vulnerability you can allow yourself to feel uncertain, will expose yourself emotionally, risk rejection, and become courageous and strong! So, you need to embrace your vulnerability not hide from it or ignore it. It will allow you to be more open with others, connecting on a deeper level. It will allow you to improve yourself both on a personal level and professionally. How can you become more vulnerable? Rid yourself of shame.

Takeaway #4 Shouting Shame From The Rooftops

Shame is usually a feeling we keep hidden, we feel it deeply but we don't want others to know we feel it and we certainly don't want them to witness our shame. It doesn't help when we replay every shameful experience in our memory, making ourselves feel even worst. But stop and think, most often the feeling of shame itself is far more emotionally fraught than the thing that happened that we feel shame about and we only feel shame in the first place because we fear peoples opinion of us has diminished. Therefore, if we could talk about feeling shameful, the powerful emotion that shame holds over us would diminish. To overcome feelings of shame more self-compassion must also be harnessed, don't beat yourself up about it – The world has not ended, get over it, speak about it, laugh about it, forgive yourself and you'll come out of the shame tunnel feeling courageous as well as engaged with others around you.

Takeaway #5 Empowering Others To Feel Vulnerable

It's up to teachers, parents, employers, and other leaders, people with influence, to encourage people to experience vulnerability rather than shame. Never make someone feel stupid for an idea they had, instead congratulate them for being brave enough to say it out loud. Don't laugh when they've tried something and failed at it, congratulate them for being vulnerable enough to try in the first place. By doing this you make people feel worthy which leads to them feeling connected and loved with a sense of belonging.

What are the chapters in Daring Greatly?

What is a good quote from Daring Greatly?

“Courage starts with showing up and letting ourselves be seen.”

Here's what one of the prominent reviewers had to say about the book: "Daring Greatly is an important book — a timely warning about the danger of pursuing certainty and control above all. Brené Brown offers all of us a valuable guide to the real reward of vulnerability: Greater courage." — Daniel Pink