This is a summary review of The Power of Decision containing key details about the book.

What is The Power of Decision About?

The Power of Decision is a book about developing a habit of making better decisions, which means living a better life. This book provides specific steps to shift the balance of decision-making power in your favor and brings to light the constant, ever-present power of will to change a situation- and yourself for the better.

Who is the Author of The Power of Decision?

Raymond Charles Barker was a leader and author in the New Thought spiritual movement and, specifically, in Religious Science. 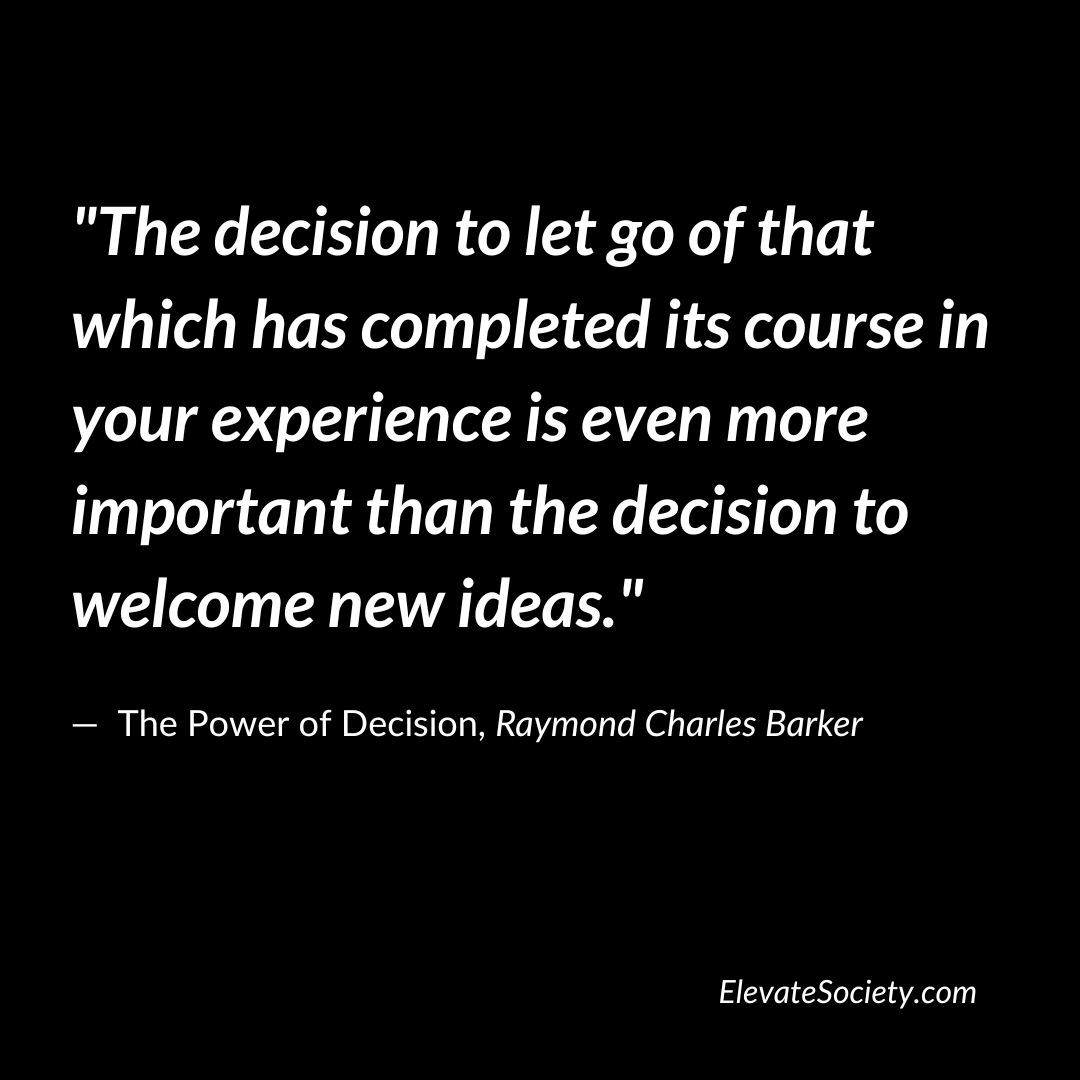 [Favorite Quote]: "The decision to let go of that which has completed its course in your experience is even more important than the decision to welcome new ideas."

What are key takeaways from The Power of Decision?

Takeaway #1 The Grand Utopia – No Idea Is Too Big

Once upon a time cars and planes were unthinkable. The thought of the radio, TV, and the internet were implausible. If everyone who ever had an inspired idea followed it, rather than allowing their fears and doubts to creep in and stop them taking action, we would live in a grand utopia --What the mind can conceive, man can achieve.

Takeaway #2 Making The Decision and Committing To It

The word 'decide' comes from 2 Latin words meaning 'to cut off'. Therefore, making a decision means cutting off other opinions and committing to one.

Until you commit to something fully, there's always a lingering feeling of hesitancy. You wonder how you would make the idea happen and your unconscious mind pulls up 101 reasons to dismiss the idea and return to safety. This kills countless ideas and plans before they've been given the chance to flourish. The moment you make the decision to fully commit, despite not knowing all of the how's, divine intelligence intervenes and things suddenly fall into place.

Takeaway #3 Believing In Yourself

Making or not making decisions impacts every area of our life and those people who describe themselves as indecisive are prone to failure.

Deep down, you often know what decision you need to make but you'll pretend you don't because that generally makes life easier, you can just cruise along quietly without the pain, drama, or fear of failure – or even fear of success.

How do you perceive yourself? People with a low self image cannot go beyond that, meaning they won't get to the place of making the decision to trust in themselves and commit and therefore be able to move forward with their inspired idea. In this case, a shift in mindset is needed.

Get in control of your negative thoughts and banish the guilt of past errors and failures as they don't serve you, you cannot think negative thoughts yet receive positive things in your life – You reap what you sow!

What are the chapters in The Power of Decision?

What is a good quote from The Power of Decision?

“You are not the victim of the world, but rather the master of your own destiny. It is your choices and decisions that determine your destiny.”